Our Attempt at BioGas Production

I had been thinking about a way to beat the county landfill out of a $90/ton dumping fee back in 2010.  I was trying to figuring out how to use grass clippings for something different, like in the production of BioMethane gas.  Therefore, I built a "Grass Clipping Methane Digester" from three 55-gallon barrels and plans I got from YouTube.  Moreover, it worked, I created methane gas and it flamed..for four seconds!

I loaded one barrel full of compacted clippings, mixed in some dog poop and filled it with water.  The gas was piped off the first tank into the bottom of the second tank filled with water and again to a third barrels full of water.  These barrels of water scrubbed out the carbon dioxide and the remaining gas was bio-methane.  I could envision every lawn maintenance business in the nation making one of these for their own use, methane gas from the lawn waste could be used to power natural gas lawn mowers, sounded like the perfect situation.

The first step was to find out how my own state of Wyoming viewed a large-scale production contraption because my three barrels  (40 pounds of clippings) only produced enough gas to burn for 5 seconds!  What I found out was very alarming.  There were NO Regulations when it came to Biomass methane digesters; the folks at the state office had never been asked such a question before.

Wyoming is still the Wild Wild West lacking many unreasonble regulation and a state income tax and that is great.  I gave this further thought, I realized that this approach was not going to work,  it would not be practical and I could end up losing everything. The State of Wyoming DEQ told me that 'there are no such regulations "YET”!  What will prevent unfavorable regulations coming into existence later that would negetivly impact this concept? The last thing I wanted was to drop thousands of dollars into this project and be shut down after the geniuses in the government got wind of this idea.  I was not a matter of "IF" they would install regulations; it was a question of "WHEN".  I also figured that other, more pro regulation states and someday, even the Wild Wild West states would frown upon a potential gas bomb in the back yard of a home-based mowing business.

Landfills all over the nation make sewer gas recovery plants by tarping the dump site and then piping off the gas resulting from all the organic waste they bury (mainly food scraps).  Lawn clippings from what I've gathered, is only a small part of the gas production equation since they are a seasonal crop as compared to all the food waste arn't even a drop in the bucket.

I'd love to hear from anyone in this industry to some cold hard facts about the importance that lawn clipping play in biogas production that would interfer with these same operations capitalizing on the fresh clippings being converted into silage instread.  2000 lbs. of grass clippings would produce biogas worth maybe a penny.  2000 pounds of grass clippings, processed and packaged with a BioPac'r will generate up to $100/ton in gross revenue.

Think of the possibilities? 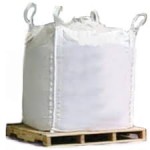